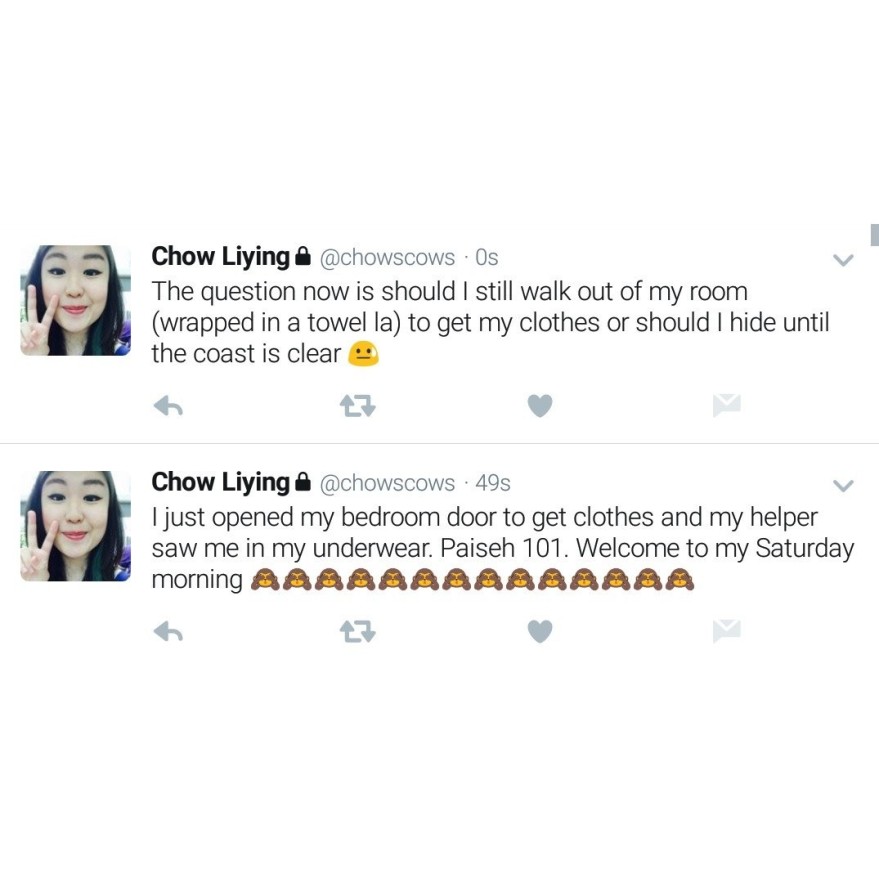 Welcome to a day in the life of Chow. Where you do stupid things and get stupid results 😓😓

I also want to clarify that I'm not an ezhibitionist hor!!! It's just that we are still living with my parents temporarily and the bedroom isn't big enough for our wardrobes so they are placed outside. I only keep my essentials like my underwear in the bedroom 😓

I usually wrap a towel before I go out, but because the third floor is my territory I sometimes take risks and head out in my underwear 🙈

And obviously with risks come……….

Awkwardness. Now I'm trapped in my room on Saturday morning 😂

Finally went out to put some clothes on without awkward encounters 😛 Now…time to sieze the day!!! ⛅ 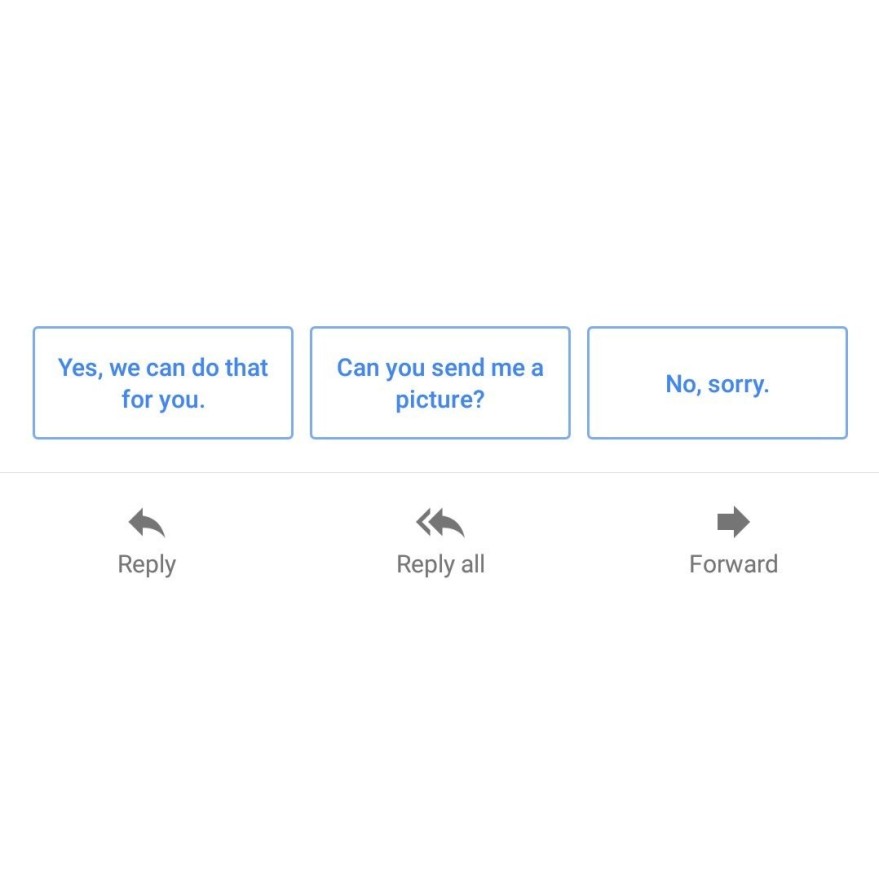 Since we're on hilarious happenings. I've always thought this automated suggested reply thing Gmail does is so smart yet so hilarious.

I was replying some emails and these are the suggested responses. Imagine if I replied No, sorry. To a customer and ended it there. 🙈 All hell breaks loose.

I tend to find predictive technology very smart yet very not human. 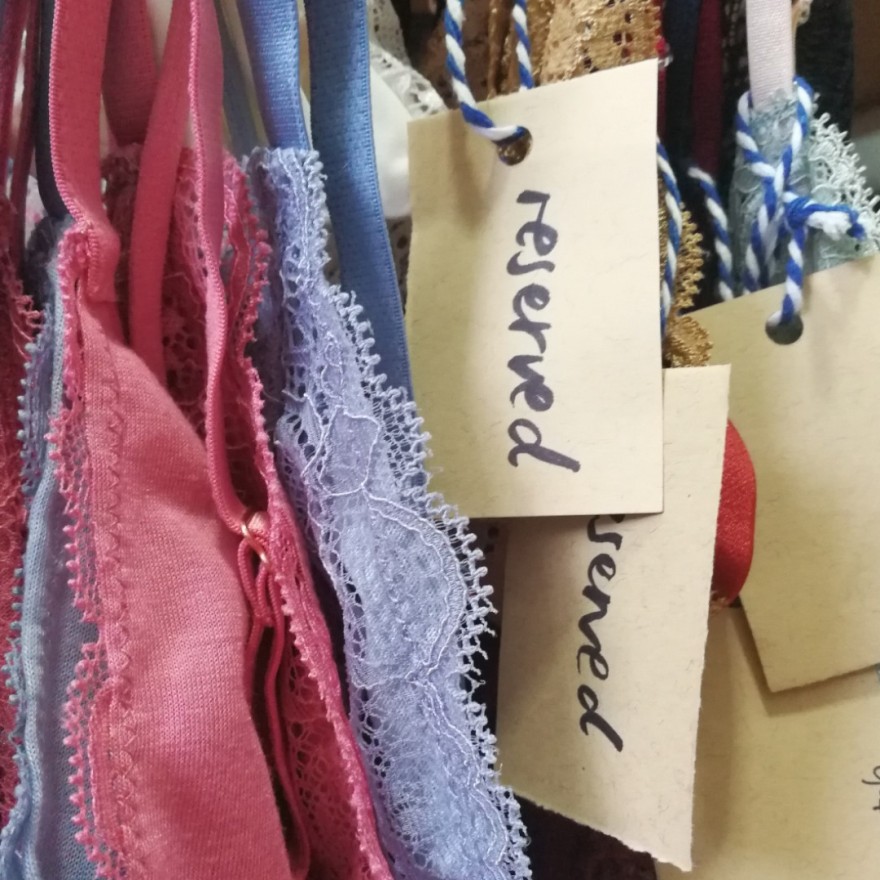 Btw! If you're coming down for the flea, we're bringing down some pieces of the OBClassics! I know some of you signed up for the restock notice so if you wanna get them early, can come down!

We also have 1 piece of the call me navy left 😛

Is the weather super duper hot today? Or is it just me? 😂

We went for lunch (Laksa at Roxie Square!) and wanted to go for a walk but we almost melted immediately after strepping out of the aircon. 😂

Couldn't even make it across the road to Birds Of Paradise to have our ice cream fix 😣 Btw if you ever go to BOP, my favourite is the White Chrysanthemum ice cream with the cocoa nibs!

Also, I find the laksa at Roxie Square way nicer than the "original" 😛 #dayrefatties

All that lemak goodness 😋 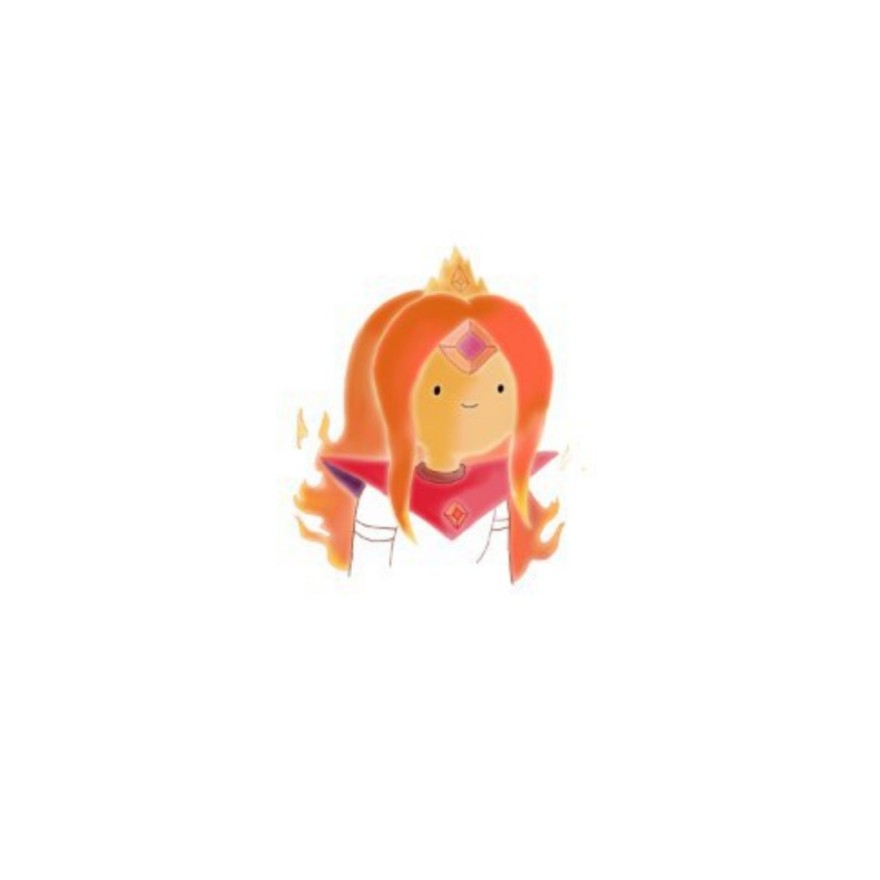 Anyone else watches Adventure Time? I've always felt like it's an old person show hidden behind the facade of a children's show.

I can share my favourite moments, but there kind of are too many to share. I would love to to know your favs tho!

I will always love how The Ice King isn't your average grumpy villain, but became that way out of an act of love and kindness. He wore the crown to save Marcelline and ended up turning into a crazy old man.

And quotes like this. It's like bam, in your face and it makes you suddenly realise that this show is more than meets the eye.

There's also this particular scene I like alot! It's about love 😊

Basically, the main character is in love with the Flame Princess (i.e the red hot girl I drew) and EVERYTIME they touch, he gets burnt. But somehow he still loves her alot.

"EVEN IF WE LIKE EACH OTHER, WE'RE GOING TO HURT EACH OTHER"

And to that, he replies

And that my friends, is the meaning of love.

Sometimes you stay with someone that hurts you, but only because you give them the permission to do so. Love hurts, but it's also what makes it so special.

You can walk away, but it doesn't mean more than getting together, acknowledging things hurt and trying to make it work again. 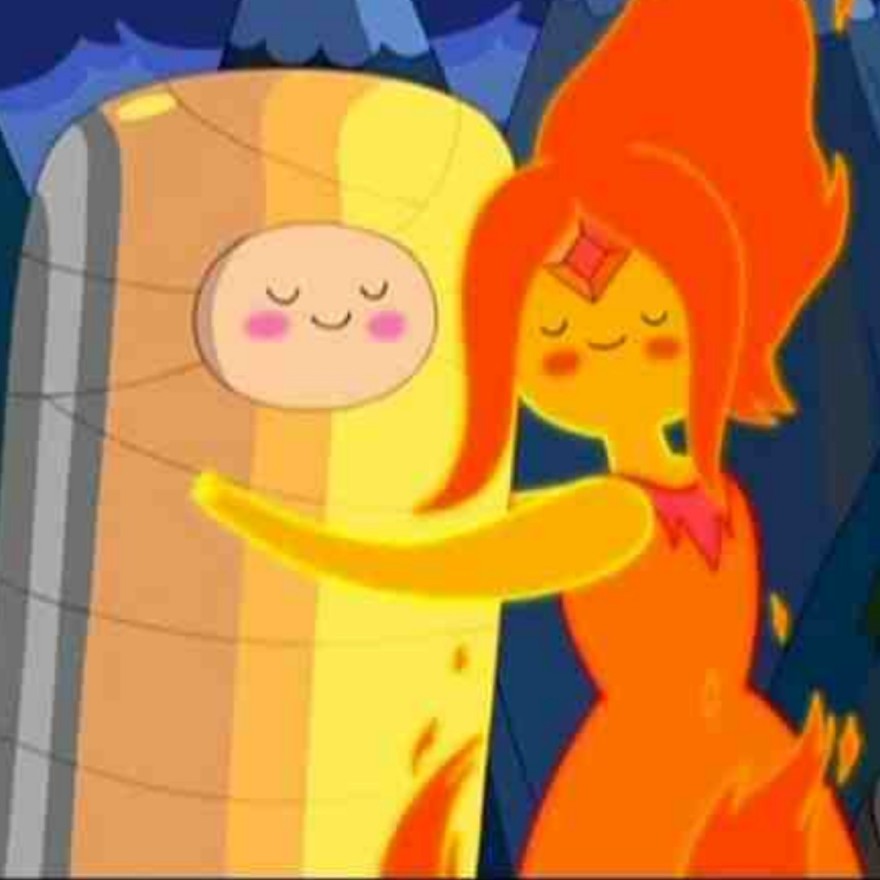 And their idea of kissing is to kiss a rock and pass it to the other person, so Finn doesn't get burnt by the flames. Aiyo so cute. 😊

A kids show teaching adults how to manage relationships.

Posted on May 20, 2017 Posted in UncategorizedTagged dayre-exported