Then we all know what happened because…I left it just hanging…?

I got a new Mac a few months (?) back and even though it was the completely wrong model and make (haha I wanted something else but mistook the model number when I ordered)

I am quite happy with how it's performing so far.

That says alot cos I'm usually a snob when it comes to computer performance. Then again, I judge only by how well it runs with all my Adobe apps and video editors open at once.

But yes, it's a pretty good machine.

And as far as laptops go, I still think Apple makes the best.

I'm trying to sum up my absence into points so the mundane sounds more interesting.

But after typing out the headline, I yawned at how boring I am.

It's totes comfy, makes my head long longer, and sometimes makes me look like an aunty that just stepped out from a hot steam bath.

And I am totally digging that look!

I currently have it in 5 colours, and the red in 2 different textures (oh god) and I have another 7 more on the way. 😐 #donttellmyhusband

But yes, it's my latest headwear obsession.

Bought in Chiang Mai haha. My mum started my hair and obsession and at my peak I had 263 headbands.

Then I did a decluttering and gave them all away.

Some to cousins, some to friends and some to the trash.

So sad! Now I'm building my empire from the ground d up again 😂 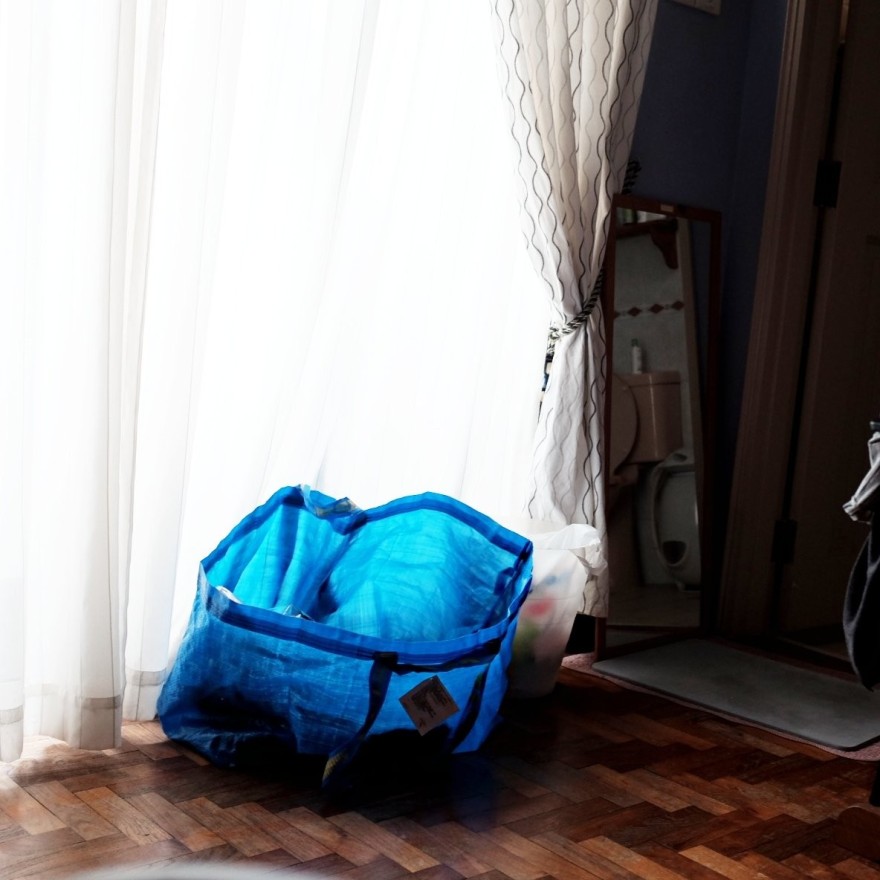 Daniel and I have learnt to live out of this blue IKEA bag.

We stay at my mum's place on weekdays (cos nearer to work) and move home on weekends for a little quiet.

And this IKEA bag holds the belongings we bring to and fro from both homes.

Some people think it's super tiring to have to live in 2 places. And sometimes it really is.

But I like to think that we are lucky enough to be able to find a home in 2 separate houses.

It's not very tiring la! We've gotten used to the ritual so now I know what I need to bring along (like my hair dryer, blingbelle facial cleanser and toothbrush!!!).

This also leads me to the next point…

If you guys don't already know, the wonderful @ellenxxxo and I now live in the same home 😂😂

And it's been a wonderful 1 month, and I think we might be the only people who look forward to seeing each other at home 😂

But anyway, this woman gifted me her signature Dr Tung's floss after hearing that….

But anyway, ya, now I am flossing very diligently every night ok!

If you want to be convinced to floss, simply purchase the Dr Tung's floss, then proceed to brush your teeth as well as you can, and then floss.

The night I wanted to debunk flossing, I flossed out a piece of seaweed from behind my molars, after thorough brushing. 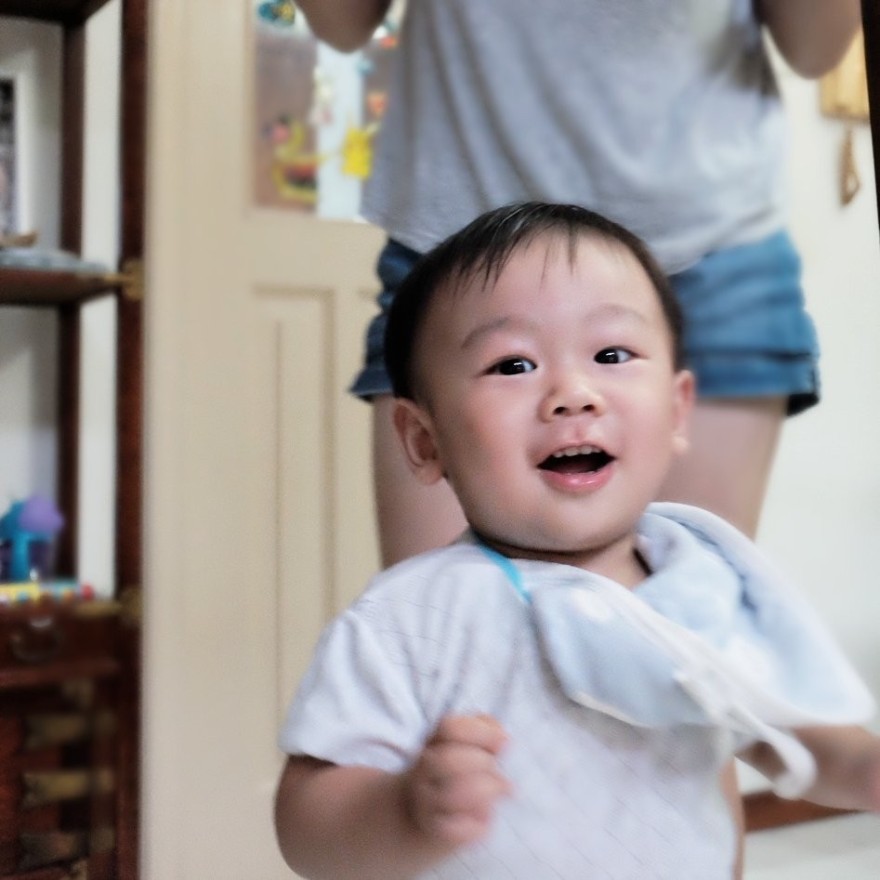 This little dude can walk now! 😐

It was only a few days back that he started wobbling, a max of 3 steps at a go.

And now this monkey is walking around steadily, chasing and playing peekaboo with people.

Seriously? He learns so fast!

Seriously so difficult to get a clear photo of him cos he's always moving! 😂😭

But the most obvious way to see time pass is to watch a kid every day.

Even though you're always looking, you still find that some how, some way, time has slipped away. And they are so much different from the way they were yesterday. 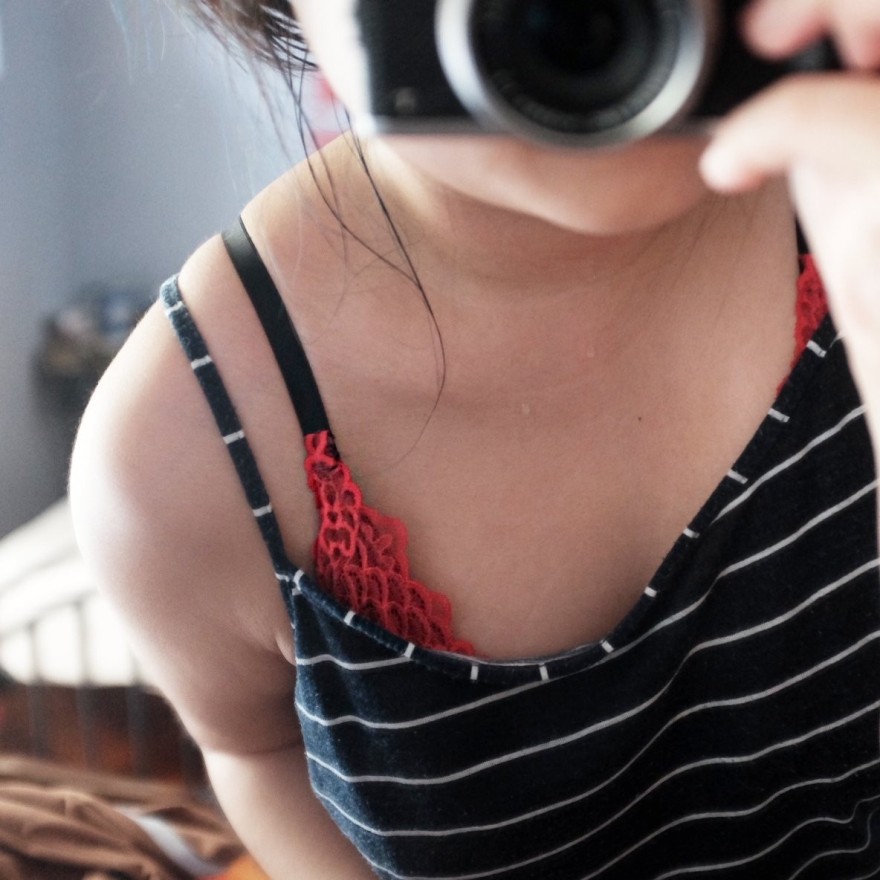 I've been wearing so much red recently! (Even tho it's on the inside)

It makes me feel a little happier. 😂

I'm wearing a new bralette for the next CNY launch and I gotta say…it's crazy comfy! And gorgeous lace too.

But actually, I'm quite thankful for CNY that somehow makes us want to wear brighter colours.

I've always gravitated toward darker clothes because of the slimming effects, but recently I've found my cart full of bright colours.

It seems Dayre likes CNY too. Lots of florals and bright colours everywhere!

Have I mentioned that my mum makes some of the BEST pineapple tarts I've ever tasted?

The only ones that have ever come close are @jellyluck 's pineapple tarts that come from a contact.

But other than that, nope. Nothing has come close to my mum's tarts.

I've been eating these tarts since I was in Primary school (that's 15 years!) and every year, I still look forward to eating them.

They are such a special treat, because she only makes them once a year (so tiring lah!) And every year, they taste the same, and they taste so darn good!

Daniel has been eating them since Secondary school cos my mum used to make them for my friends.

I am convinced he married me so he can eat this every year and so he can steal the secret recipe haha.

That was how good these little balls of goodies were!

She usually makes them with the jam on top of a flat pastry, but she knows I LOVE THEM BALL SHAPED

So every year, I get 2 boxes of these limited edition tarts.

My dear friend @chingzx has also been fattening me (and my family!) up with her CNY goodies.

We first tried them last year, but loved them so much I couldn't wait for this year to come around.

Not pictured are her Florentine Nut and Seed crisps that my brother and aunt love so much I've ordered 8 boxes already!

Last year, I was addicted to her salted egg cookies (so small and so yum???) I ate probably a hundred of them.

The sesame seeds really help in making the cookies more fragrant and crispy! 😭😭

This year tho, I'm ridiculously addicted to the cheese cookies that are kiamkiam but also pangpang?

You know when the hokkien say it's kiampang? Like salty and fragrant. WAHHHHH damn shiok sia.

Daniel and I wiped it clean. Just cannot stop eating.

She's selling them this year so if you're interested please go over to her Dayre to check out prices!

I was gifted some because I am a friend but the reviews are my own! I've also proceeded to order like 8 boxes of Florentine crisps, 2 cheese cookies and 4 favour boxes so uh…I paid ok!

Another place I will be fulfilling my CNY snack cravings from will definitely be @thankgodforpink / My Sister Bakes????

After reading at @tieponytail 's post bout their new cookies, I cannot tahan I need to order the garlic one haha.

I'm a huge sucker for weird flavours and savoury cookies so I think I will definitely like this!

Plus I ordered from Esther during Xmas and I loved everything so much. 😭 Especially the dark chocolate cherry cookies and the brownie which I microwaved.

I stopped Daniel from bringing out the brownies to share cos I wanted them all for myself 😂😂 that's how much I loved it. 😂

And he's been asking for them almost weekly since.

Everytime I talk about Esther or Hilary or MSB, he will be like, IS IT LEMON TARTS?

So I will be ordering them for him too!! Yay!

Thank you Esther for making the best lemon tarts ever. Daniel is damn picky with his sweets. So you have his vote! 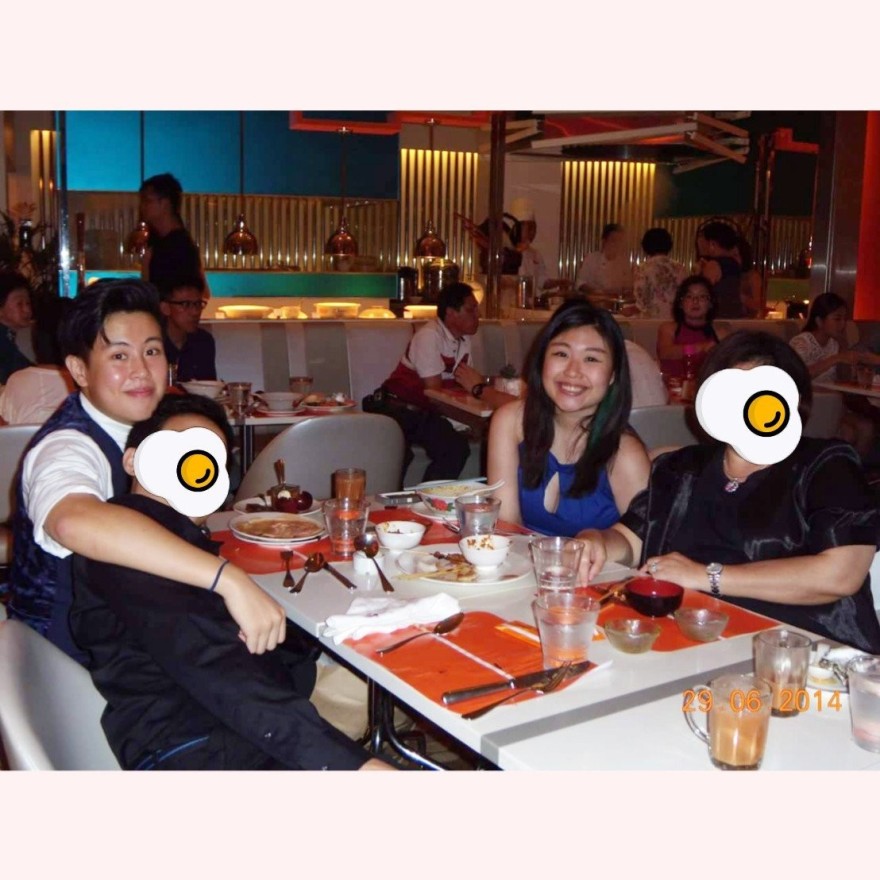 Just found an old photo of us on Facebook and good lord!

How young and different we look lah!

Daniel looks super cute haha. I have forgotten how cute he used to look.